All About Rajasthan Crisis | Rajasthan Politics 2020 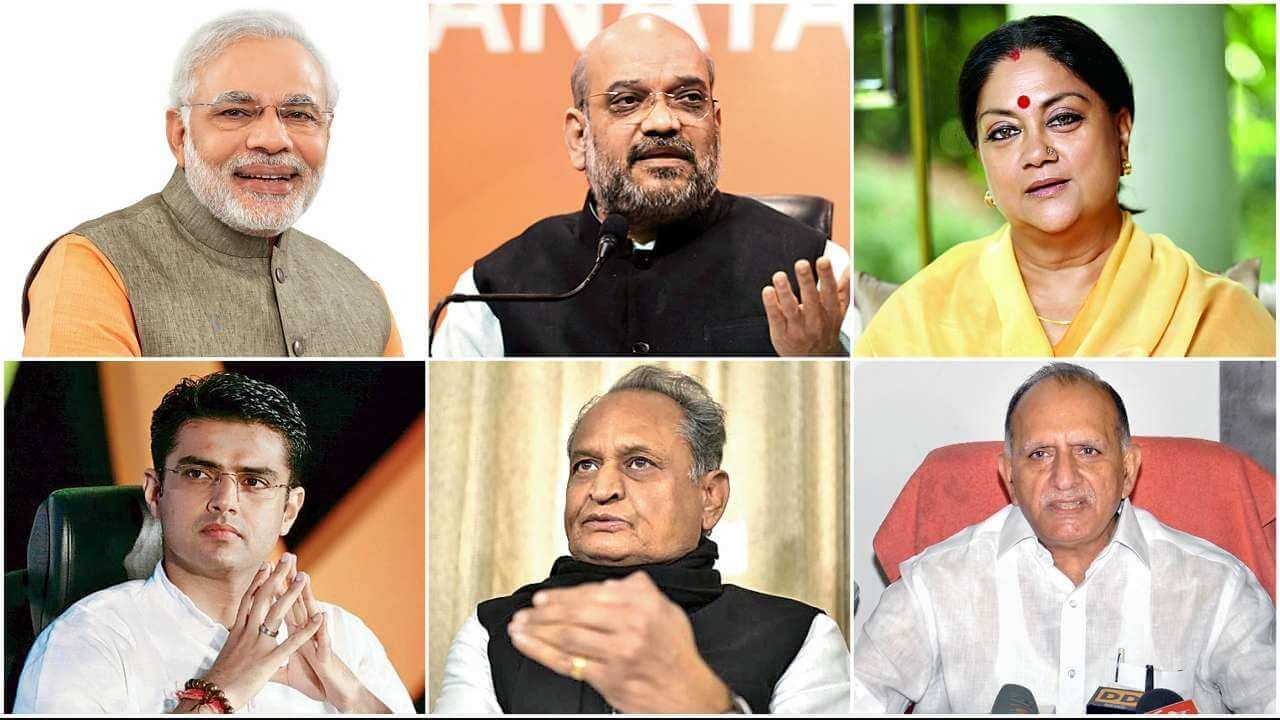 You will find in detail about rajasthan crisis happen in 2020, who is right and who is being greedy- sachin pilot or ashok Gehlot.

Who is greedy for power and who is right in this case?

Will the government in Rajasthan be able to stay put or will it fall?

Is there an attempt to poach MLAs here?

The story is not as simple as it sounds. Come let us see Ever since the Congress won the state elections in 2018, it had been an subject of discussion Who should be the Chief Minister- Sachin Pilot or Ashok Gehlot?

Most of the young people in the country were in favour of Sachin Pilot because he is a youth leader But Congress chose Ashok Gehlot.

They might have had their own internal reasons Ashok Gehlot was elder and a more experienced politician in this case.

A similar situation happened in Madhya Pradesh- between Scindhia and Kamal Nath and Congress made Kamal Nath the Chief Minister.

There was a division between the old guard and the young brigade in the Congress right from the start. Especially, in Rajasthan, it is said that MLAs more in favour of Sachin Pilot were divided from the MLAs that favoured Ashok Gehlot more.

There was a distrust amongst them and both the factions did not trust one another This distrust surfaced when the Congress Party had won the elections Back then, Rahul Gandhi had also got both of them photographed together with him to display that the differences between both of them had been resolved and they were both working together. 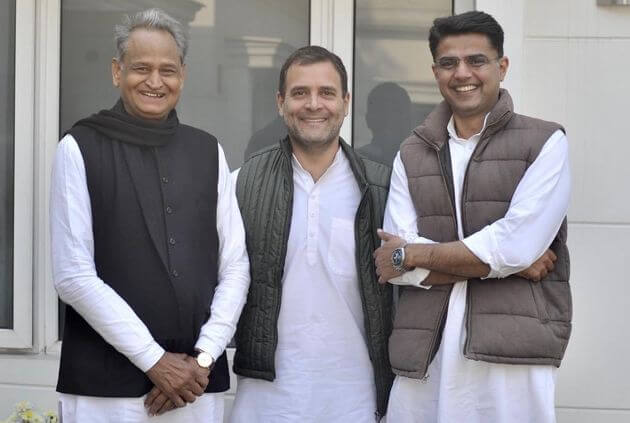 But two years down, today, it has become clear that those differences had never been resolved. They had in fact, been escalating and have reached this point today.

This controversy started on July 11th when the Chief Minister of Rajasthan, Ashok Gehlot alleged that BJP was offering their MLAs a price of 25 crores per MLA to switch parties and cause the government to fall.

This does not sound too surprising Because similar allegations were heard in the case of both Karnataka and Madhya Pradesh When Kumaraswamy was the Chief Minister in Karnataka, he alleged that BJP was offering their MLAs a price of 20 crore per MLA so that their government would fall.

As proof, he had even released audio tapes of it And the same thing happened some months later- around 16-17 MLAs switched parties. Their government fell and the BJP then formed the government in Karnataka.

A similar thing happened in Madhya Pradesh When Kamal Nath alleged that BJP was offering 20-30 crores to their MLAs to switch parties, the exact thing happened some months later- some MLAs switched parties.

Their government fell and the BJP then formed the government So, it would not come off as a surprise if the BJP is trying to do the same thing in this case.

But it would be an incomplete story if viewed from only the BJP angle Because the internal politics within the Congress also plays a huge role in this case.

On 11th July, the Special Operations Group of Rajasthan arrested two people with links to the BJP on the charge of bribing the Congress politicians.

On the same day, notices were sent to Sachin Pilot and other MLAs by the Rajasthan police to record their statements regarding this charge. It is said that due to this reason and some other reasons in the past which will be talked about later in the video Sachin Pilot got miffed and he went to Haryana along with 10-15 of the MLAs that supported him.

He made these MLAs stay in a hotel After that, speculations arose that Sachin Pilot would meet with the BJP president, J P Nadda and he would join the BJP very soon.

But that did not happen In fact, Sachin Pilot said that he has no interest in joining the BJP.

On 12th July, Ashok Gehlot convened a party meeting to show solidarity and to show the number of MLAs that support him He said that there are around 109 MLAs that stand in support of him. 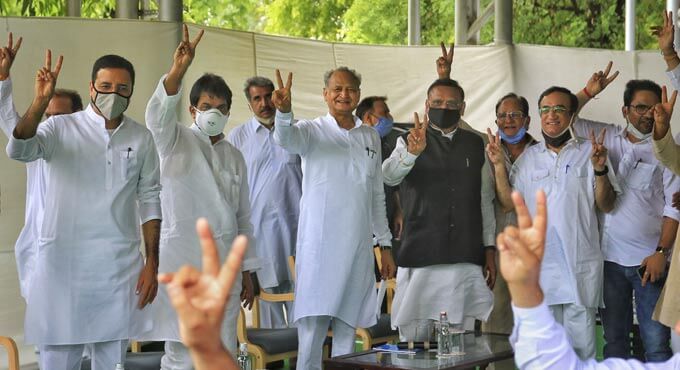 The Sachin Pilot camp said that there are around 30 MLAs that are in his support and they can cause the government to fall.

Let me tell you the math here- There are 200 seats in total in Rajasthan. 101 is the majority mark needed by any party to come to power.

Congress claims that these independent candidates were in favour of the Congress.

And as you can see in the chart, there is one party- RLP which is an ally of BJP with 3 seats Like I said, 101 is the majority mark.

Now, how many MLAs are in support of Sachin Pilot and how many independent MLAs and the remaining party MLAs support the Ashok Gehlot government will determine whether the government will continue or not.

After that, the Speaker of Rajasthan served a notice to around 19 MLAs of the Congress who were in support of Sachin Pillot and asked them why they should not be disqualified as they were not responding to party summons.

This notice was sent under the anti-defection law, which can lead to the disqualification of these MLAs Subsequently, Sachin Pilot came out in the public and said that he had no interest in joining the BJP and that he is not joining BJP.

Then, Sachin Pilot and his supporting MLAs challenged this notice in the High Court that it would be wrong to disqualify them as they have done nothing wrong. 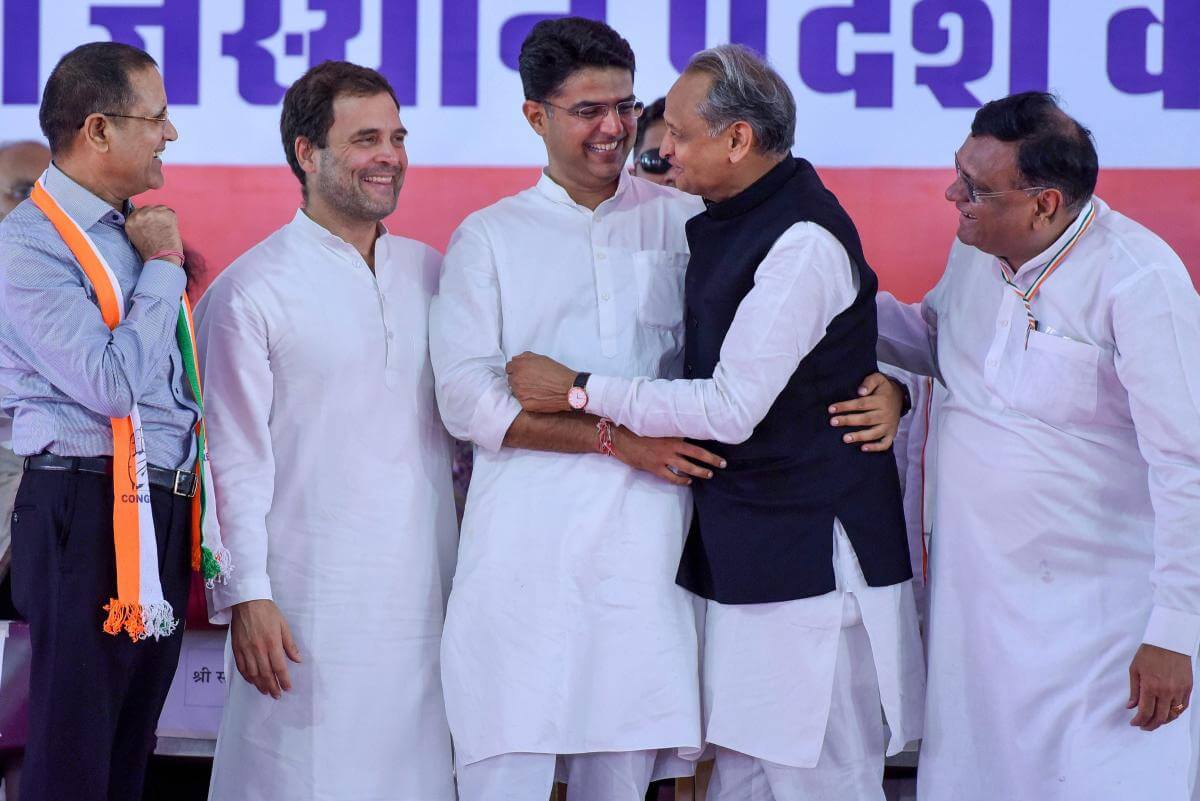 The fact of the matter is that Sachin Pilot and the MLAs that support him do not want to be disqualified.

Why don't they want to be disqualified? Because the rule says that if an MLA gets disqualified, then they cannot become a minister in the new government until they win an election again.

Say the Congress government in Rajasthan falls and BJP forms the government then, The MLAs that have been disqualified today want to become ministers in this new government.

But they cannot become a minister in the new government until they contest an election and win again.

But at the same time, they can do so if the MLAs resign on their own.

The same happened in Madhya Pradesh and Karnataka The MLAs that were allegedly \"bought over\" by the BJP, had resigned on their own.

They could then easily become ministers in the new government even if fresh elections had not been held Viewed from the perspective of Ashok Gehlot, he'd definitely want the 19 MLAs to be disqualified Why?

88 is not that far away from 91 Congress would need the support of only 3 more MLAs- be it independent MLAs or the MLAs of some other party in order to save their government.

But if these MLAs do not get disqualified And if the Ashok Gehlot government is asked to prove their majority , during which these 19 MLAs vote against the Congress, then the government would fall.

Although doing this would get them disqualified, but their vote would still be counted and taking their votes into count would mean that the government has fallen.

Then, in both the cases- whether they get disqualified or resign on their own, a re-election for those seats would anyway have to be conducted.

But the fact is- until those re-elections are conducted, who would form the government here?

If the 19 MLAs of Congress vote in favour of BJP, then BJP's total strength would become 72+19+3 The 3 would be the earlier allies of BJP.

It would depend on the rest of the 13 independent MLAs whether BJP would take lead or the Congress would and who would form the government there.

Don't know how much money would be offered again and what else would be done.

A case has been ongoing in the High Court regarding this I am not going into too much detail about the anti-defection law. 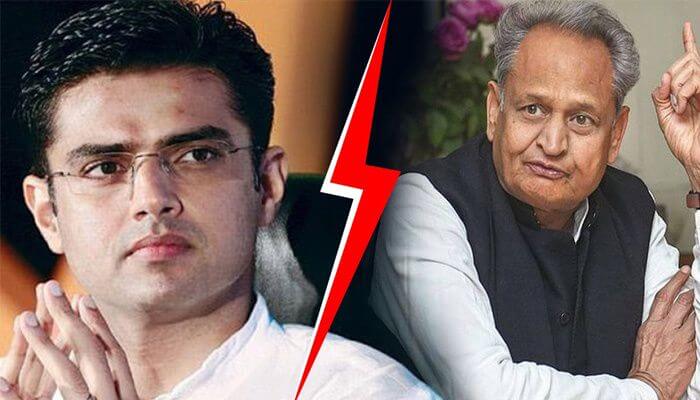 This entire controversy raises a question- Who is right here? Sachin Pilot or Ashok Gehlot?

Who, in this case is greedy for power and who rightly deserves it?

Let us see what the arguments are from both the sides Those in favour of Sachin Pilot say that he was responsible for the revival of Congress in Rajasthan In 2013, Congress had faced one of the worst defeats in Rajasthan.

After that, Sachin Pilot built up the party and set up the organization in order to ensure victory Also, several famous journalists and four Congress functionaries have said that Sachin Pilot was baited by Ashok Gehlot.

This entire crisis has been started by Ashok Gehlot to remove Sachin Pilot from his way and to ensure that this problem never crops up again and his power is never challenged again.

To bait Sachin Pilot, he had got the Rajasthan police to send him a notice and this \"triggered\" Sachin pilot.

Third- it is also said that over the one and a half years, Sachin Pilot has been neglected by the Ashok Gehlot government And that he was kept away from the helm of affairs In the COVID19 crisis, Sachin Pilot was not involved despite being the Deputy Chief Minister of Rajasthan.

And when the government of Rajasthan released a booklet of its one- year achievements, it did not have any mention of Sachin Pilot Those in favour of Ashok Gehlot say that when Congress won the elections in Rajasthan in 2018, the idea that Sachin Pilot was responsible for that victory is a rumor That was not so in reality.

In reality, voters change the government every five years in Rajasthan The government was set to change anyway. Sachin Pilot didn't have as big a role as portrayed by the media.

There is also speculation that BJP, especially Amit Shah wanted Vasundhara Raje out of his way because he does not want any competitor against him for the post of Prime Minister and Vasundhara Raje was a Chief Minister who did not pay heed to the central command (Modi and Amit Shah).

The third argument is that the idea that Sachin Pilot was baited by Ashok Gehlot is not true because the Rajasthan police had actually intercepted audio in which there were conversations of the BJP trying to bribe and the proof that offers were being made to the MLAs exists.

And finally, it is argued that if Sachin Pilot has no links with the BJP, and he has no interest in joining the BJP, Then why did he choose Harish Salve to represent them in the High court?

He is a lawyer who is believed to be pro-BJP. He was the top NDA lawyer in the Atal Bihari Vajpayee government and he has fought a number of cases in favor of BJP.

Here, I'd like to ask you- What do you think? Who is right and who is being greedy- Sachin Pilot or Ashok Gehlot?

Thanks for reading this article.